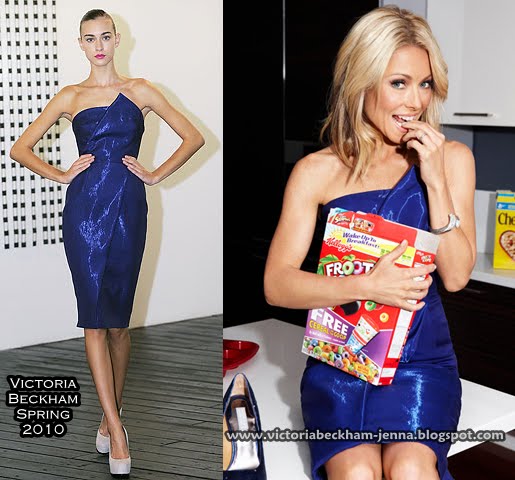 Kelly Ripa is a self professed huge fan of Victoria's and it shows. She is an avid supporter of her dress collection and has worn them and raved about them on several occasions now. Kelly owns at least one piece per collection.. starting from Victoria's spring 2009 debut line. The television personality is Redbook's January cover girl and she wears dress #41 from Victoria's spring 2010 collection in one of the editorial photos. The bright cobalt blue color is amazing against Kelly's skin and her blonde hair pops with the sparkle of the dress. Love it on her! 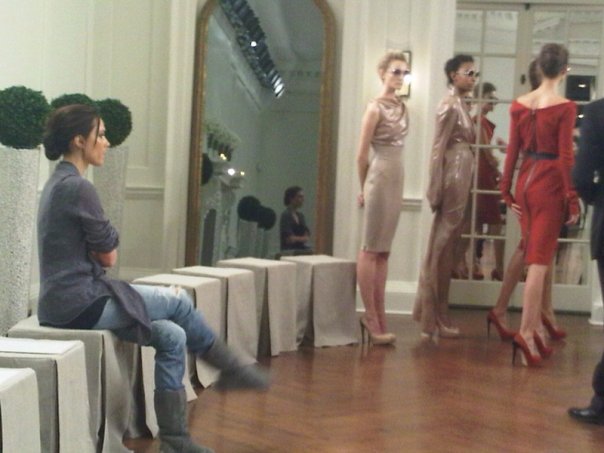 Something that I honest to God thought I would never see! She mentioned that she had them and she wore them around the house but never ever did I think she would wear them publicly. Is a Juicy tracksuit with short Uggs tucked in next?? 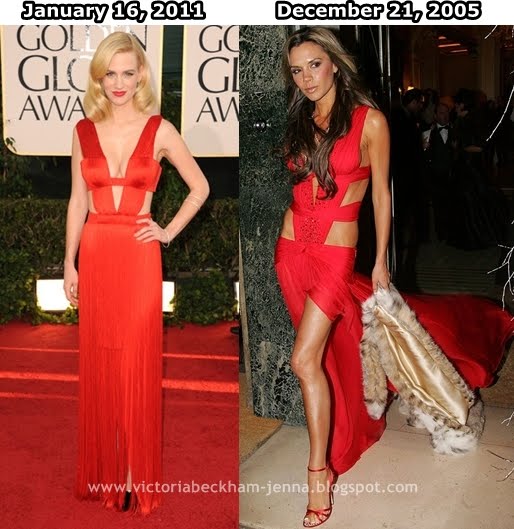 Last night, while I was watching the red carpet appearances at the Golden Globes and then the awards ceremony, I couldn't help but get a sense of deja vu when I saw January Jones in her show stopping red dress. I was thinking to myself, where have I seen this before, and then I remembered that Victoria wore something very similar back in 2005 to Elton John's wedding. Is it just me or does January's Versace dress and Victoria's Cavalli bear striking similarities? Not necessarily from the runway pictures... but I can definitely see them when I look at the two stars dressed in red side by side! Does anyone else see this as well?